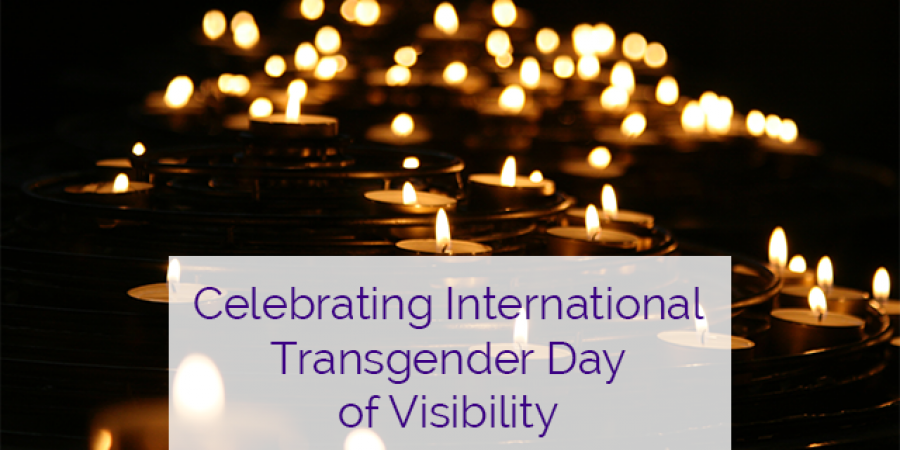 “It’s a state of emergency for trans women and trans feminine folk of color. … The disproportionate levels of violence trans women of color face pains me, and so does the pervasive framing of trans womanhood being directly linked to images of victimhood and tragedy. It hurts that our names are often amplified only when we are dead, gone, inactive. …We can’t only celebrate trans women of color in memoriam. We must begin uplifting trans women of color, speaking their names and praises, in their lives.”

Transgender people are increasingly visible in media, news, television, and movies. Trans led organizations are leading the fight against poverty, discrimination, and violence through organization’s like the Bay Area’s very own Transgender, Gender-Variant, and Intersex Justice Project (TGI Justice Project), currently headed by Miss Major Griffin-Gracy, a black transgender woman and community elder, and Janetta Louise Johnson, an Afro-American trans woman. “TGI Justice Project is a group of transgender, gender variant and intersex people—inside and outside of prisons, jails and detention centers—creating a united family in the struggle for survival and freedom. “

The Bay Area is also home to the Transgender Law Center where the mission is to change “law, policy, and attitudes so that all people can live safely, authentically, and free from discrimination regardless of their gender identity or expression.”

At the Trans Youth Leadership Summit, a youth fellow named Caelan Damocles came up with a theme for this year’s TDOV that is in use by an organization called Trans Student Educational Resources. The theme is #TransResistance. “In the increasingly transphobic global political climate, we must use our newfound visibility to mobilize trans people against oppression. Speaking out, taking direct action, and educating others is critical to our safety and wellbeing.”

This TDOV, CORA invites all community members, trans and cis alike to consider what we can do to make this world safer and more just for trans people from the exactly positions we are in. In our homes, families, workplaces, schools, and communities. A place to start is to listen to and read the words of trans people and learn more about the needs and strengths, vulnerabilities and resilience of our trans community members. Here are some places to start, and have a wonderful Transgender Day of Visibility!

I am My Sister’s Keeper: Read My Woman’s March on Washington Speech – Janet Mock

Not Born this Way: On Transitioning as a Transwoman Who Has Never Felt ‘Trapped in the Wrong Body’ – Kai Cheng Thom

CORA is dedicated to making sure that trans, gender nonconforming, and non-binary people have access to affirming and respectful services for survivors of partner abuse. CORA is proud to have been one of the first domestic violence organizations in the Bay Area to provide emergency shelter to people of all genders including trans men and women and gender non-conforming people as well as cis men and women. We provide LGBTQ-aware and affirming crisis counseling and mental health services, as well as coordinating with other LGBTQ-serving organizations and groups in the Bay Area. For more information, feel free to contact our LGBTQ Clinical Victim Advocate, Angelynn Hermes at AngelynnH@CORAsupport.org.

Tags: AbuseDomestic AbuseDomestic ViolenceEnd Domestic ViolenceLGBTQNonprofitRelationship AbuseSan Mateo CountyTransgenderTransgender Day of Visibility
Share
Call 911 if you are in danger or need emergency assistance. Call our 24-hour hotline if you need to speak with a counselor:
1-800-300-1080
or e-mail us for help at
resources@corasupport.org