Taking a Knee For Domestic Violence 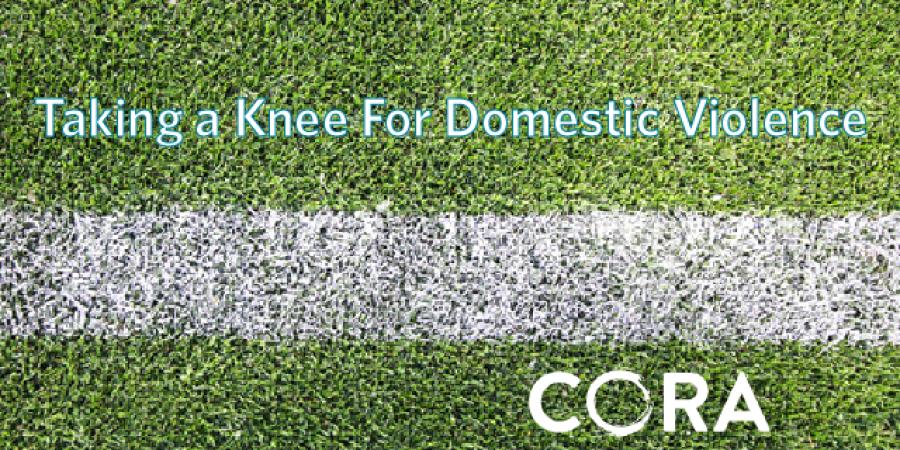 Taking a Knee For Domestic Violence

As someone who’s worked to provide shelter, counseling and legal assistance to survivors of domestic violence for nearly 15 years, I know what righteous indignation feels like. I have seen the faces of women who’ve been victimized by the very legal system from which they sought safety. I’ve seen their rage after losing a job because they couldn’t make up one more lie about why they missed work, witnessed them stalked to the point of mental breakdown, and watched them wrestle with the shame and self-hatred associated with loving the person who hurts you. Seeing the widespread human toll of abuse and the corresponding silence from society warrants outrage and indignation.

Yet, for a New York minute, watching the NFL grapple with whether it made sense – morally or financially, whatever the compass of the day – to bench its players when they were accused of unconscionable, violent, abusive behavior off the field, I was lulled into thinking the League was making progress.

But the outrage created by a single player getting onto one knee for the national anthem is beyond me. A player who isn’t even committing a crime; who is being beguiled, cursed, even threatened for refusing to act against his conscience; who is exercising his First Amendment rights. I appreciate this country for a lot of things, including the Bill of Rights that protects freedom of speech and justice for all Americans regardless of race and I appreciate the people who have protected those rights around the globe. However, I can’t fathom the level of fury that’s erupted from society from a symbolic, nonviolent act.

Where was this level of national outrage when Ray Rice clobbered his fiancé. How about when Ray McDonald assaulted his girlfriend, when Greg Hardy threw his ex-girlfriend onto a bed littered with firearms or when Josh Brown was arrested for assaulting his wife? Even in these high profile cases, I don’t recall Goodell threatening to take players off the field without prodding, or too many outside the domestic violence movement raising hell either.

The UN declared domestic violence the greatest human rights issue of our time. Yet, three to five women are murdered by their partners or ex-partners every day in the United States. And, while you can change policies and regulations to force behavior, culture and beliefs are far more intractable. The culture of silence regarding domestic violence within the NFL has a long way to go before real change happens. Now that’s something to be outraged about.

Tags: AbuseDomestic AbuseDomestic ViolenceFootballKaepernickNFL
Share
Call 911 if you are in danger or need emergency assistance. Call our 24-hour hotline if you need to speak with a counselor:
1-800-300-1080
or e-mail us for help at
resources@corasupport.org