Domestic Violence in the LGBTQ Community 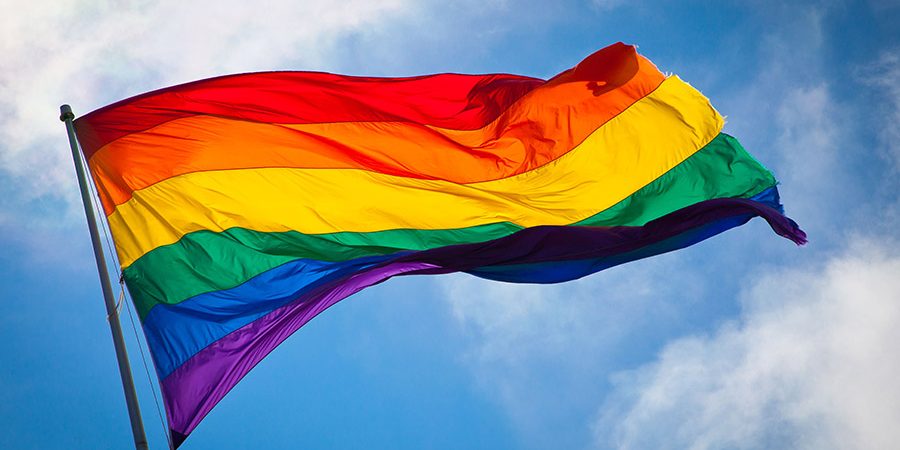 Domestic Violence in the LGBTQ Community

Domestic violence. When we hear those words, often a disturbing image flashes instantly into our minds. We see a man and a woman; the woman is cowering in terror as her male partner grabs her wrist in one hand, the other hand is raised in a fist. This is an all too common scenario. According to Community Overcoming Relationship Abuses (CORA) website, “A third of Americans say they know a woman whose husband or boyfriend has physically abused her in the past year.” Let that sink in. Domestic violence is a massive issue that penetrates through socioeconomic status, race, gender, gender identity and sexuality. The latter two identity labels are not what immediately jump into our minds as we picture violent relationships, if at all. CORA has recently been pushing to make known their inclusive services to folks of varying sexual orientations and gender identities. It’s okay if you’re asking yourself why this is important. As a volunteer at CORA, working on their community outreach and crisis line teams, as well as planning and executing staff training and awareness training around lesbian, gay, bisexual, transgender and queer (LGBTQ) domestic violence issues, I hope to illuminate why CORA’s services are so necessary for a community that is often discounted and silenced.

Before we jump into any lengthy discussions on LGBTQ domestic violence, we should absolutely have a common vocabulary. Gay is a term often applied to men (although it can refer to anyone) and implies a same-sex attraction. Lesbian is a term often applied to women to denote they are sexually attracted to other women. Bisexual usually refers to an individual sexually attracted to two or more genders. When someone is transgender, their gender identity (their sense of being a male or female) does not match with their actual biological sex. So for instance, someone may be born as a male, but they feel like they’re actually female. This often leads to going through the process of transition, such as taking hormones or receiving body-altering surgeries. There is no right or wrong way to transition, and various folks go various lengths in this process. So, being transgender actually doesn’t have a particular impact on sexual orientation, only gender identity. Queer folks are those who want to identify in a way that doesn’t put them into a box, but denotes they are from the LGBTQ community. For example, I identify as queer and as a gay man, the former denotes that I do not conform to any typical pattern of sexual orientation or gender trends of mainstream society. Finally, domestic violence, as defined by CORA, is, “a pattern of behavior in an intimate relationship where one partner seeks power and control over another intimidation, coercion, violence or the threat of violence. The abuse may be emotional/mental/verbal, physical, sexual, spiritual or economic, and often becomes more frequent and severe over time.” With definitions out of the way, we can begin to look at how domestic violence intersects with the LGBTQ community. This issue is highly insidious and downplayed, yet the numbers warrant attention and action from both service providers and community members.

When we think of issues pertaining to the LGBTQ community, we often think of marriage equality, workplace non-discrimination, or school policies surrounding bullying. While these are undoubtedly important issues, they often eclipse other issues that need to be addressed in our communities, such as partner violence. It is too easy to think of the biggest issue pertaining to folks from this community is being barred from marriage, however domestic violence is often a taboo subject and silenced. The truth is that domestic violence occurs with LGBTQ couples as much as with heterosexual couples, if not more frequently. CORA describes that in the US, a woman is abused every nine seconds, discounting queer couples. There are few reports from queer couples, there is a likelihood of low reporting by couples for many reasons, so the true extent of the issue is unknown. There is a paucity of information available regarding violence in transgender and bisexual relationships, especially as these communities often experience more violence than any other group. Research funds and interest often focus on lesbian and gay males, which leaves bisexual and transgender experiences unexamined; this can be due to difficulties in studying these communities or a number of other reasons. Lesbians and gay men’s experiences are slightly better documented. While the numbers do not agree, as many as 50% of lesbians will experience intimate partner violence in their lifetimes and 40% of gay men. Research often points to folks aged 30-39 experiencing violence, however young adult and teen dating are rarely examined and so it is unknown which groups experience more violence. For heterosexual couples, CORA designates that ‘One in five female high school students report being physically and/or sexually abused by a dating partner.’ Again, what does this mean for LGBTQ youth? The true numbers, if we could see them would likely be staggering.

There has been research about violence experienced by gay men, lesbian women and bisexual individuals in California, and, while not comprehensive, it shows how insidious this issue is. In 2010, nearly 28% of lesbians and gay men and 40.6% of bisexual individuals experience intimate partner violence in adulthood (UCLA, 2010). These numbers are incredibly high, and don’t even account for the transgender community and teens or young adults. California has a large LGBTQ presence, meaning that thousands are affected by this issue daily. This means that domestic violence service providers have a community in dire need of support and services that are not receiving them.

So if the problem is this bad, why don’t more people talk about domestic violence in various queer communities? There are a lot of obstacles that differentiate violence in the LGBTQ community from heterosexual violence that make advocacy and intervention difficult. The LGBTQ community often doesn’t cite partner violence as an issue, focusing on other issues to debate. Additionally, there is a fear of the general population seeing queer relationships as ‘dysfunctional’ by discussing partner violence, when these relationships are already highly marginalized. Often, survivors and abusers share a support system, making it hard for survivors to receive help in receiving support and leaving. There is high risk of sexual orientation or gender identity being blamed for abuse in the first place, as well as self-blame by the survivor for being queer, which creates more difficulty in finding the will to leave. LGBTQ individuals lack relationship role models as well; while this is slowly shifting due to more visibility of queer couples in the media, there is still not enough healthy, realistic relationship modeling. Finally, institutional barriers hinder ease of access when leaving an abusive partner. Law enforcement often have difficulties differentiating abuser from survivor and will arrest or place emergency protective orders on the survivor. Worse yet, law enforcement might be prejudiced themselves and decline to do anything. Service providers for domestic violence also usually service heterosexual survivors only. In particular, many shelters only work with women with male abusers, excluding the LGBTQ community from counseling and shelter resources. Even when transwomen or lesbians are able to access shelter spaces, the staff of these facilities are often not trained in LGBTQ issues. This leads to same-sex abusers being able to also enter a shelter space with survivors or staff, re-traumatizing survivors through prejudice, insensitivity or ignorance.

That’s a lot of information to take in and a fair amount of it makes the situation for the LGBTQ community look pretty bleak when it comes to relationship abuse prevention. However, there is hope as several groups work to advocate for this community in California. CORA is one of them and I’m proud to say they provide services to the Bay Area that are desperately needed, especially being surrounded by some of the most heavily LGBTQ populated cities in the state. CORA boasts beautiful offices that are outfitted with visual cues indicating it is a safe space for queer survivors. As you walk in and meet with various team members you will feel heard and respected, regardless of sexual orientation or gender identity. The staff constantly holds trainings to increase their knowledge about various issues and populations, including the LGBTQ community, so they are open and prepared to meet with these clients. CORA offers many services to their clients, including a 24/7 crisis hotline, legal support, in-person counseling, support groups, community education and an emergency shelter. Their emergency shelter is open to anyone, regardless of gender, sexual orientation or gender identity, which is exceedingly rare to find, but vital to set an example for other organizations to follow. As a gay man, working with CORA started me on a mission to advocate for the issue of domestic violence in the LGBTQ community. They are extremely dedicated and passionate about their work and have been making incredible efforts to serve the LGBTQ community more effectively. 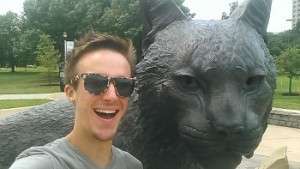 ABOUT THE AUTHOR: Todd Ryser-Oatman is a former volunteer at CORA, working on the community education and crisis line teams. He is currently a counseling psychology doctoral student at the University of Kentucky. His research interests center on LGBTQ issues, including domestic violence, as do his counseling interests.

Tags: LGBTQ
Share
Call 911 if you are in danger or need emergency assistance. Call our 24-hour hotline if you need to speak with a counselor:
1-800-300-1080
or e-mail us for help at
resources@corasupport.org